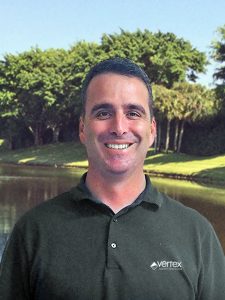 Scott has been leading the manufacturing and administration team since 2013. He learned the business from the ground up, including over 8 years specifying aeration systems for customers and more than 14 years helping to design and build them.

Additionally, he has over 15 years’ experience installing and repairing both aeration systems and fountains. To round out his personal training, he completed onsite sampling for dissolved oxygen and temperature profiles, muck assessments and other general water quality tests for many customers to understand first hand the science behind aeration.

Scott grew up in south Florida and his love of the water and the environment show itself both at work and at home. In his spare time, Scott is a sport’s enthusiast who enjoys golfing, fishing and boating with his family in the Florida Keys. 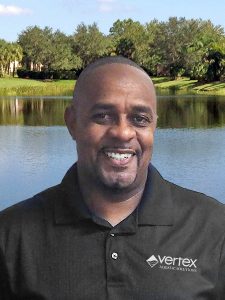 Howard oversees and manages many aspects of Vertex’s daily operations, including purchasing, logistics, dispatch and warehouse management. He plays a valuable role in the execution of projects and daily tasks to ensure client needs are identified and addressed efficiently. He takes pride in his interpersonal skills and ability to stay organized. Howard has many years of experience working in industrial and manufacturing environments. Prior to joining the Vertex team, he served in multiple leadership roles at various companies, including positions as a purchasing manager, an operations manager and a manufacturing manager.

He is a former player for the Jamaica National soccer team, on which he served as a vice captain and received recognition through the Jamaica Soccer Federation. In recent years, he has used his knowledge of the game to coach a young girls team. 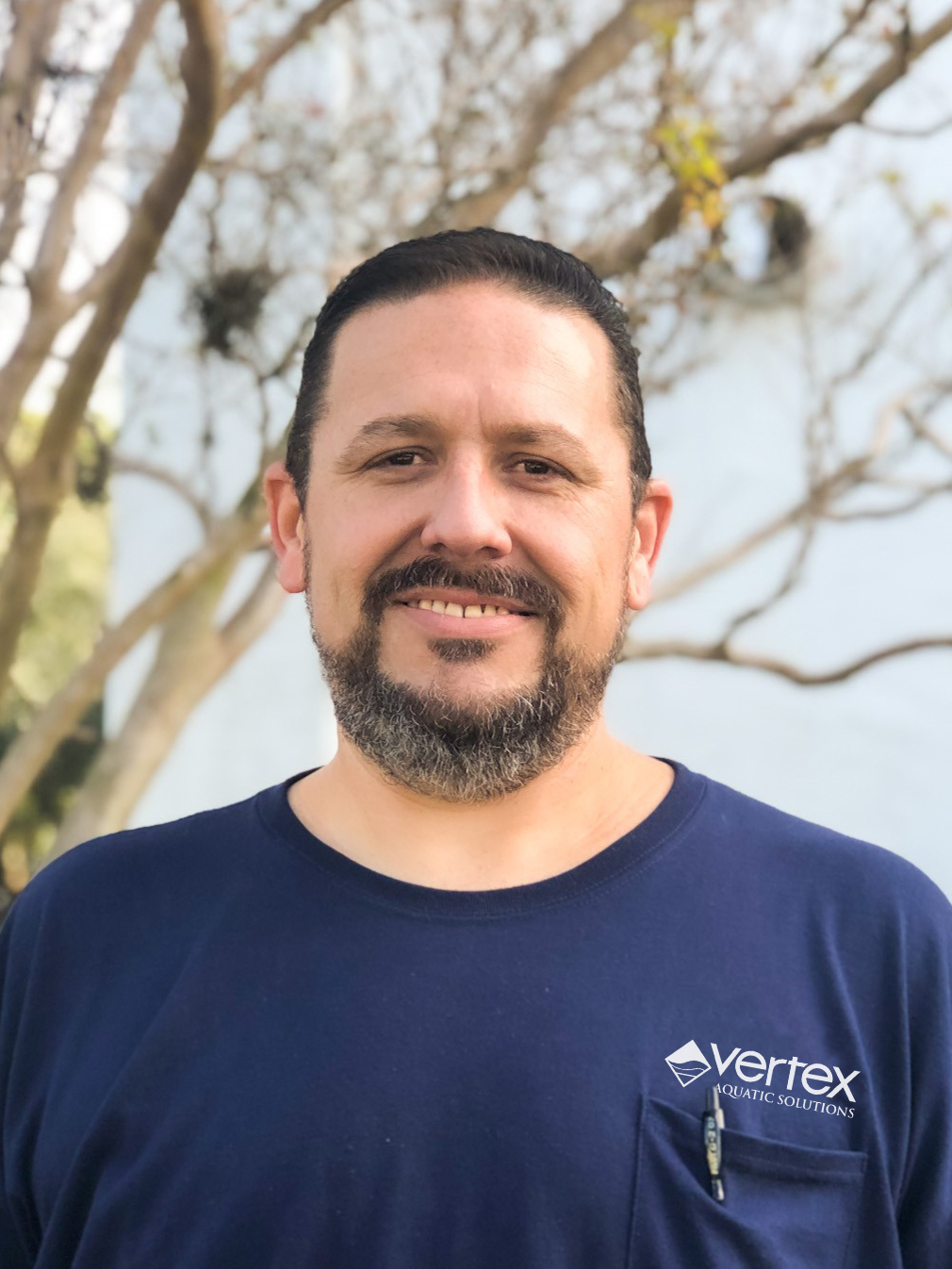 Sean helps lead Vertex’s manufacturing processes. He also serves as a technical advisor for the organization’s dispatch and receiving departments and performs advanced repairs on premium equipment. He takes pride in his ability to streamline client feedback and works closely with engineers to identify customized solutions that align with their unique goals or requests. Sean has played a valuable role in the optimization of processes and equipment to ensure clients consistently receive expedited service. Before joining Vertex in 2014, Sean worked in the towing industry for nearly a decade.

Sean was born and raised in South Florida, but dreams of living up north in the mountains one day. In his spare time, he enjoys spending time outdoors hiking, kayaking, fishing, hunting, camping and biking. He also has an interest in maintaining Bonsai gardens and finds it a relaxing and fulfilling hobby that teaches patience and attention to detail. 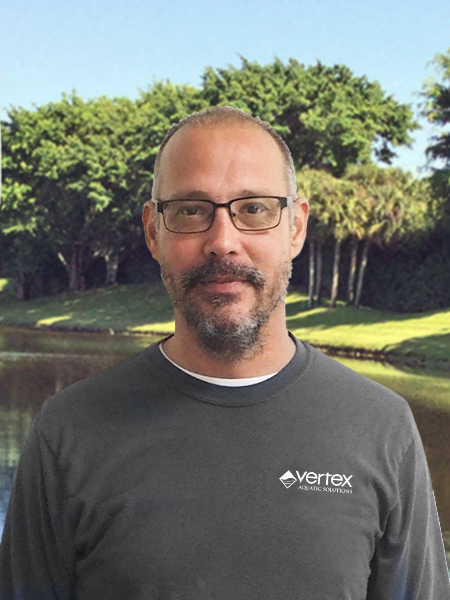 Since joining Vertex in 2005, Bobby has specialized in fountain fabrication and design and has extensive electrical and welding knowledge.

Robert is a very knowledgeable industry resource who has spent more than 20 years contributing to the health and beauty of freshwater ecosystems. 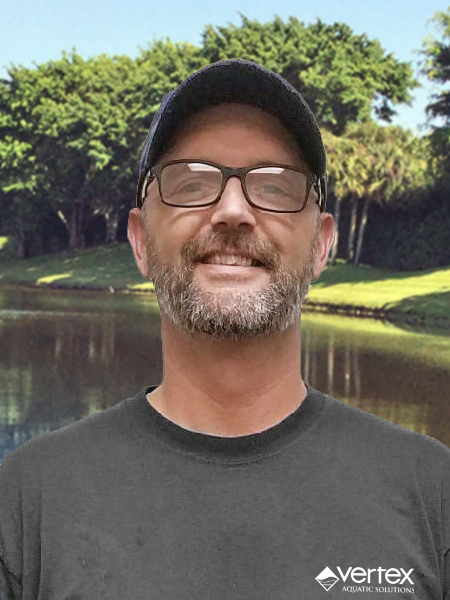 Tracy enjoys working in the manufacturing division building custom fountains for customers. Prior to joining the Vertex manufacturing team in September 2019, Tracy worked for several years for a reputable specialty contractor installing, maintaining and servicing fountains and aeration systems.

Tracy is originally from Miami, FL. He has 6 kids, so outside of work he can often be found attending their sports games, dances and other activities. He enjoys spending his spare time playing basketball and painting. 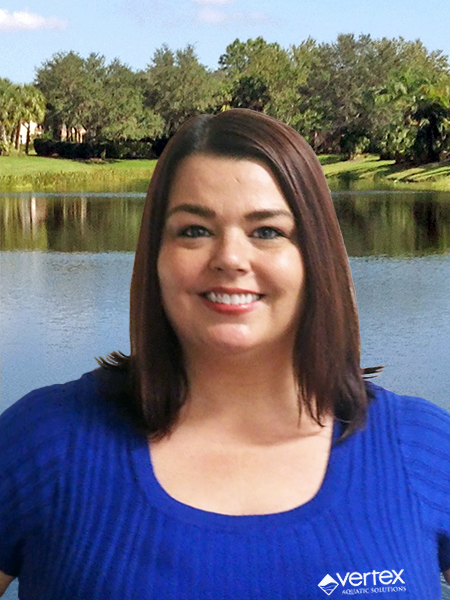 Since joining the team in 2013,  she oversees all aspects of Vertex’s administrative objectives and supports her team by ensuring all departments have the knowledge and resources available to them to support clients. Betsy regularly works to improve processes and played a major role in the implementation of new software systems in recent years.

Betsy has a strong background in management, human resources, and accounting. Previously, she spent eight years as a manager for an events company. She’s also an experienced notary.

Betsy is originally from St. Louis, MO, but has lived in Florida for more than 13 years. She grew up spending time at her family’s cabin on the Meramec River during the summers, where she found her love of river rafting and hiking. Outside of work, she often spends her time enjoying sunny days on the beach, exploring new parks and watching movies as an avid theater go-er. 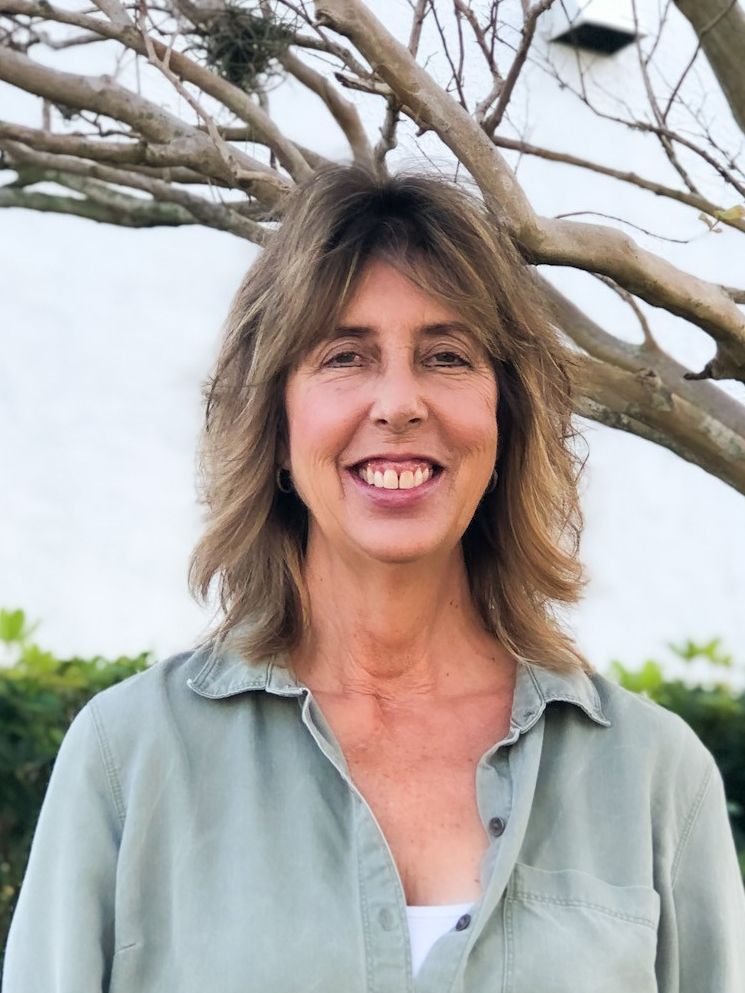 Susan has more than 25 years of financial experience and is responsible for overseeing Vertex’s inventory. She has played an integral role in many special projects in recent years. In particular, Susan has helped create organizational procedures, develop policies, and support behind-the-scenes transitions that have helped elevate client and partner experiences. Susan has a Bachelor of Science degree in Accounting. Prior to joining Vertex, she worked for CPA firms and CPA government agencies in Florida as a Senior Accountant.

Originally from Berlin, CT, Susan is a single mother of two sons and has spent most of her free time at the baseball field. Currently, she spends as much time as possible in South Carolina watching one of her sons play baseball. When she has free time, she enjoys spending it outside, walking, playing tennis, and hanging out by the pool.

We are here when you need us!